skip to main | skip to sidebar

It's that time of year again...

for me to try to squeeze too much in. I do want to make these though! Found on abby goes design scouting and originally posted with how to here

I admit I don't know this little spot well, but the street looks cute... and so do these pictures!

Posted by brandi at 1:07 PM No comments: But these. I love these drawings!
Posted by brandi at 1:00 PM 1 comment: I'm digging these cute little houses. Spotted on poppytalk.
Posted by brandi at 11:46 AM 1 comment:

I am craving all things fallish right now and this hot chocolate sounds like a great way for me to get ready for Thanksgiving day. 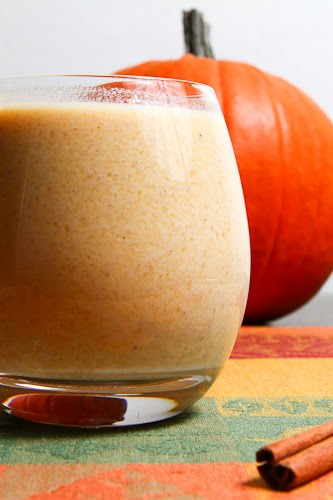 I'm really looking forward to making these suckers. I've already got the bacon and dates. Unfortunatly my husband had been struck with the flu and he'd kill me if I made them all for myself. 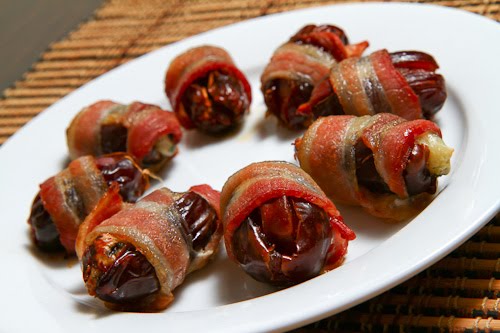 8 slices bacon (cut in half)

1. Cut the dates open along one side and remove the pits.

2. Stuff the dates with their filling and wrap each in a slice of bacon.

3. Place the bacon wrapped dates into a baking pan with the seam of the bacon down.

4. Bake in a preheated 425F oven until the bacon is cooked and slightly crispy, about 12-16 minutes, flipping once in the middle.

So I have to admit, I'm not so good at putting together long cohesive posts. I'm far too scatterbrained for that. So I set up another tumblr account with interior inspirations. Go take a peek:

http://outskirtinghouse.tumblr.com/
Posted by brandi at 3:07 PM No comments:

This house is on Arlington Ave, which I've been over there a few times and I would not say it's a bad neighborhood. Somehow this house is for sale for only $27,900! 2bd 1ba 807 sq ft. Hardoowds under the carpet. It even has a garage. Maybe this could be my art house...
http://template.metrolistmls.com/sacramentobee/cgi-bin/GetOne.cfm?MLSNum=90088287&
Posted by brandi at 12:45 PM 1 comment:

Vintage doors only $40
http://sacramento.craigslist.org/fuo/1478304574.html
at goodwill online:
sad girl painting- I'm pretty into this one
http://shopgoodwill.com/auctions/Old-Unsigned-Oriental-Girl-Painting-5497054.html
Posted by brandi at 10:19 AM 1 comment:

Posted by brandi at 4:52 PM No comments: (Side note: This is them playing The Fabric House in SF. That's my friend Paul's house. He's in the Teutonics with Dave. Maybe there is a way we can make this all work for the Christmas party? Hmmm... )

Posted by brandi at 2:06 PM No comments: An online collage creator- they have a few good pieces... try it out

http://www.moomah.com/create/image-creator/
Posted by brandi at 11:27 AM No comments: I finally got over my fear of boots (weird I know) and after practically living in my black ones for a week I'm now lusting over a brown pair. They'll look great with my dark skinny jeans once I can get my butt to fit in them again. I'm loving the pair above, though I think I should avoid even that much heel. We all know I've been having a rough time staying upward these days. TX Vintage Boots Shoes

If only I could spend so much on a wreath. If I'm feeling ambitious I might give this shape a try with wire or pipe cleaners. Found at Jayson Home and Garden Buttons and plaid and fall shades oh my! I love these... HydraHeart I remember when I was a kid these were all over the place in closets I knew. I actually miss them now. The ones above are such lovely colors, I feel like it would make getting dressed feel more special. I'm going to have to get a lesson from my mom asap!
Posted by brandi at 4:59 PM 4 comments: I really love the cut of this jacket and the wider collar. I always feel smothered in vintage ones. and of course more ruffles! Such a talented lady. Check her out on etsy.
http://www.etsy.com/shop/amandaarcher So, I must say, we are still in love with Portland. Every time we go I half expect to find big flaws I ignored the time before. The only big one we can find is it's just not as diverse as we are used to. Yes Sacramento, I am thankful you are full of so many shades. The weather held out pretty decent for us, and we finally accidentally got to explore more of the west side. All that nature!
While in the suburbs we stopped at Burgerville. This month's seasonal item was cranberries, so I got the Turkey Burger with Cranberry and Jalapeño Salsa, Sweet Cranberry Bourbon Baked Beans (which tasted like homemade) and the Pumpkin Milkshake which I think was made with real pumpkin. Soo good.

We stayed at the Kennedy School again. It's handy with restaurants, movies, bars and a pool. Not to mention walking distance to the Alberta area and our friend's house. While there we caught a showing of Superfly, part of a blaxploitation series they were showing. Not to mention I had a Blondie topped with organic vanilla ice cream and a house made Carmel- ale sauce that was to die for.
We hit up Hawthorne the first day to hit some good vintage stores. We revisited Really Good Stuff where I sifted through my favorite aisle again.

I managed to buy some great old snapshots and a creepy x-ray. There's also Vintage Pink, where I found a shirt and sweater and only spent $20 something on both, and I put back a pillow, a painting of a boy, and I'm sure a few more things. There are soo many great vintage stores in Portland!

We scored several records this trip and also bought several books and gifts. But there was so much more I wanted to buy this trip but I just couldn't talk myself into it! Also purchased was a fox skull and white tail deer skull we found at Zeno Oddities. Cody's really excited. The guy who worked there was super nice and even knocked a few bucks off for us.

We went out with our lovely friends Holly and Sarah-Ruth to The Maiden, where everything was really good but I must say I tried the Bacon wrapped dates stuffed with manchego cheese and it tasted like a little bit of heaven. I had never even had a date before! Definately a restaurant worth trying. Also new places this time around was the Waffle Window (recommended!) and we finally made it to the Doug Fir Lounge. We ended up there for breakfast, and it was just ok. I would give it another shot though, because I could not get enough of the decor. It even inspired a possible change in our den. I bet that place is a lot of fun for a drink and a show. The Dutchess and the Duke will be there next week!

*edit* I also forgot to mention we saw a small showing of nosferatu on the east side and I have to admit the actor and makeup for nosferatu himself was good.

Finally made it to the Saturday market which I would describe as Apple Hill crafts meets Camden Market (not what I expected) and the zoo! It was cold so there weren't a lot of poeple which was nice. Though we missed a few of the animals due to the weather I also got some great moments like face to face with a lion!